Where There Is Vision 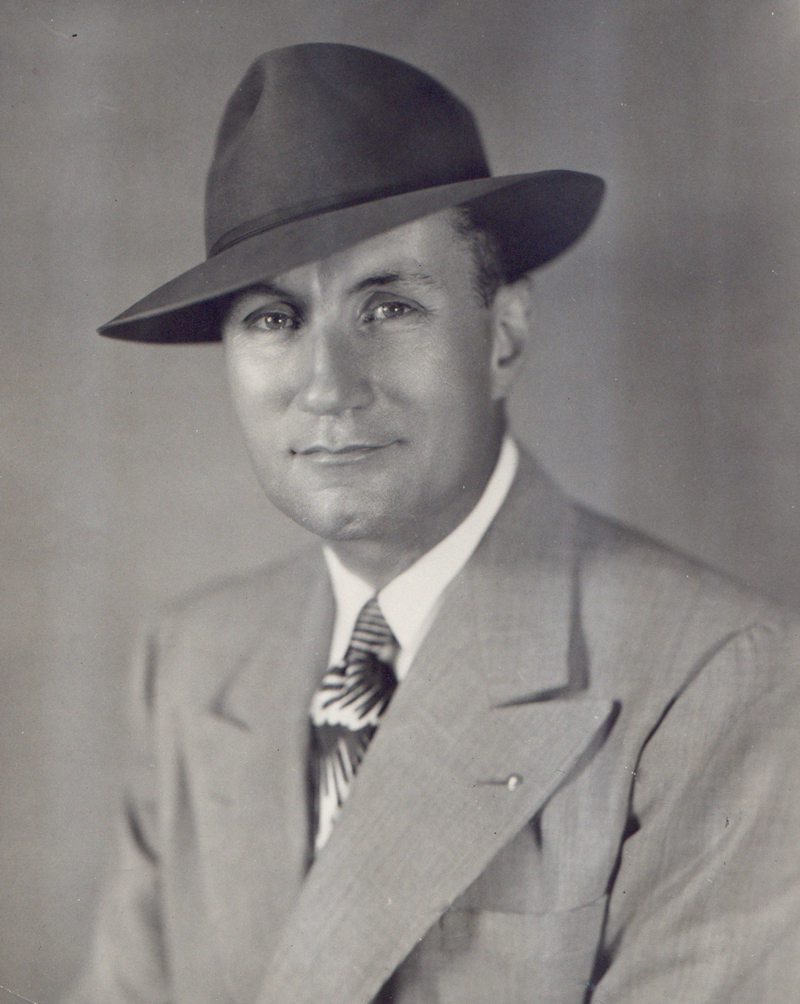 [br] The Pennsylvania State Police
Born into a successful construction and roofing family in Philadelphia, Walter A. Haman made decided to join the Pennsylvania State Police seeking fulfillment that he was not finding working in his father’s business. An intensely driven and committed individual, Walter quickly rose through the ranks where he formed a reputation as the most effective special investigator on the force with nearly perfect record of obtaining confessions from suspects during interrogation. Because of his success, he was hand picked to lead the newly formed State Police Juvenile Crime division which was then headquartered in Reading, PA. It was during this time that Walter’s lifelong burden for America’s youth began. On the outside he was a tough and intimidating police detective but on the inside, his heart broke to see the senseless waste of young broken lives without hope.

It wasn’t long before word of Walter Haman’s success made it’s way to Washington, DC. The director of the United States Secret Service personally recruited Walter to what was then the country’s most elite law enforcement agency. Again, he was quickly promoted to the elite Presidential security detail where he became the senior bodyguard for President’s Franklin Roosevelt and Truman during the entire duration of the Second World War. He travelled the world with the Presidents and became personally familiar with other world leaders such as Winston Churchill, Joseph Stalin and many more on the world stage. He was making more money than he could have possibly imagined, was rubbing shoulders with the wolds most famous and powerful people and had a future that was limitless, but through all of that, he couldn’t stop thinking about those kids from Reading. In 1948, Walter Haman’s overwhelming burden led him to walk away from an incredible career to join his wife Charlotte and two small boys and travel the country as an evangelist to America’s youth.

For four years, Walter Haman and his family travelled the country as an evangelist speaking to tens of thousands with other well known names such as Billy Graham and others. It was while speaking at a conference in New York that Walter shared his vision of creating a safe place in a beautiful setting where troubled youth could find the hope and healing that they desperately needed. Immediately after speaking, he was approached by an excited John Clemens who insisted that Walter travel to Schwenksville, PA and see the family homestead which he said would be the perfect setting to make Walter’s vision a reality. They walked the property, talked and prayed together, and at the kitchen table in what is now Clemens Hall, John Clemens and Walter Haman shook hands on an agreement that forever changed the history of thousands of  hurting and hopeless young lives and their families.

Walter & Charlotte Haman invited five troubled children into their home at Clemens Hall to live with their two young sons and New Life was born. During the 1950’s and 60’s, New Life functioned as a working ranch with horses, chores and classes. A family atmosphere was cultivated with staff knows as “aunt” or “uncle”. New Life became a boy’s family until he was ready to return home to his former home and community.

As more and more students arrives from Pennsylvania, New Jersey and Maryland, the existing facilities were quickly being outgrown. “Ranch House”, a house for an additional 14 children was built, the adjascant Freeman School property was purchased through a generous grant from the McCreary Foundation / Harry McCreary, the founder of McCreary Tire & Rubber. In 1966, an adjascant farm was purchased with the help of the Turrell Foundation in New Jersey (location of our current administration building and what is now Brett’s Place).  During this same period, Walter Haman’s pride and joy – the expansive Educational Building was constructed. Jack Wyrtzen, Founder of Word Of Life presided over a massive dedication ceremony attended by thousands of well known dignitaries and special guests. The educational building represented a huge change for New Life. Finally the school had a large cafeteria, modern classrooms, a gym, an outdoor swimming pool and stage.

After fighting a very short battle with cancer, Walter Haman passed away in 1968. Walter & Charlotte had dedicated their lives to bringing hope and healing to the thousands of “kids” that had known them as “mom” and “dad” Haman. In a fitting tribute, they both are buried at New Life on a hill overlooking the campus.

After Walter Haman’s death, New Life experienced some very difficult times. Bertram Christman, an assistant administrator of Grand View Hospital helped guide the organization through the transition and for more than 20 years provided the leadership to carry on the vision of our founder. Under his leadership, New Life became a Private Academic School, licensed from the Pennsylvania Department of Education, providing students with a first-rate education. By 1976, New Life had developed the Harleysville Day Treatment program, which met the classroom and counseling needs of students and parents, not yet requiring residential treatment.

In the years after Bertram Christman’s retirement, Harry Oberholtzer stepped in and was responsible for developing many new programs including the Foster Care model, the West Chester Day Treatment program, Forefront, E.A.G.L.E. (Extended Alternative Group Living Environment) and many other innovative programs to help at-risk youth.

In 1999, William Tarr became president of New Life, bringing with him a vast wealth of knowledge and experience and served for over 10 years. During his tenure, New Life was recognized as an approved provider of alternative education (Act 48), a designation that allows school districts to contract New Life services for disruptive students. New Life continued it’s emphasis on spiritual growth and development by forming the position of a full-time chaplain. Always on the cutting edge, New Life started the Truancy Prevention Program in 2002 which assisted counties in keeping students in school and out of the probation system.

In the 60 years since our founding, New Life is blessed to have had the finest, most dedicated men and women carrying out our mission – to provide a safe place of hope, healing, and new beginnings to the region’s troubled youth. It is impossible to give adequate thanks to all of those who have played a part in making a difference to the more than 50,000 children whose lives have been forever changed by having been a part of the New Life family. As we celebrate our 60th anniversary, it is with a sense of unspeakable pride and appreciation that we say thank you to all who have played a part in this amazing journey. We are incredibly excited to begin writing the next chapter of the incredibly rich history of New Life and we invite you to come join us in being a part of something truly amazing as we look forward to our next 60 years!

YOU CAN HELP CHANGE A LIFE FOREVER

Your participation can make a life-changing difference for local children and their families, with an impact that will last for generations.